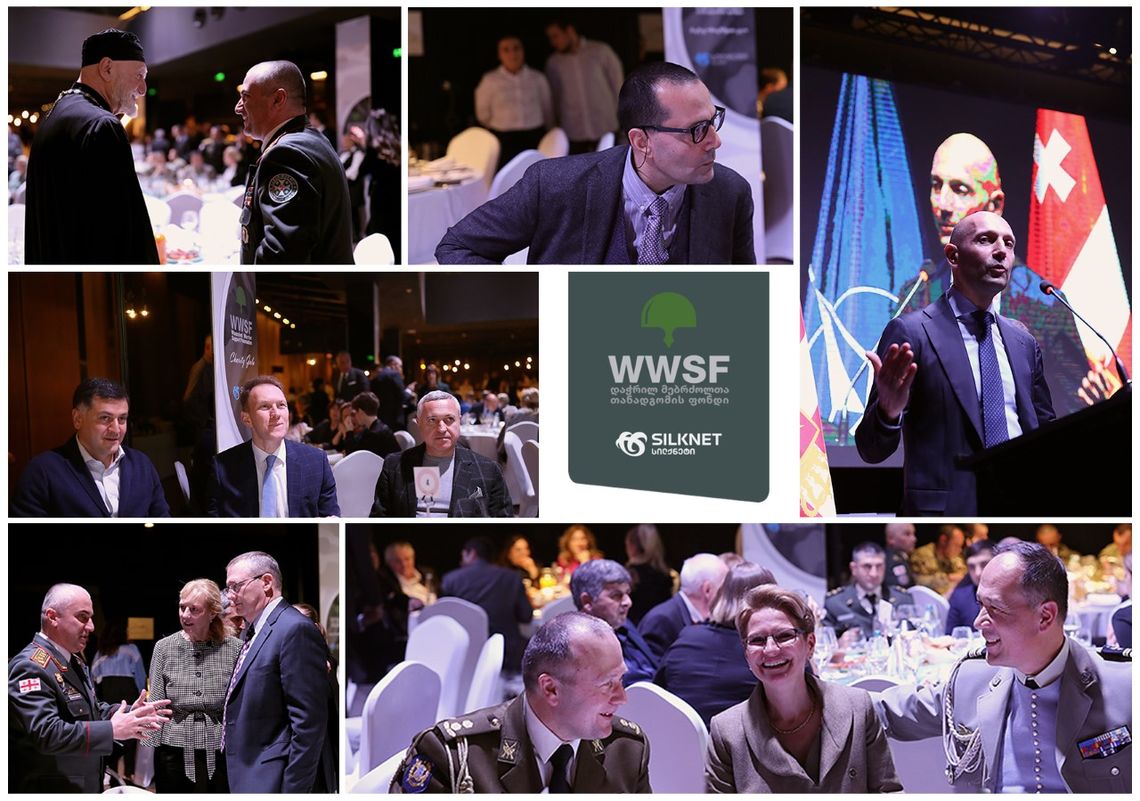 The company perceives that more efficiency can be reached within the joint efforts of private sector, public figures and government entities. Therefore, fund has held an event summarizing its annual activities, where representatives of business, public, diplomatic corps and Ministry of Defense and State Service of Veterans Affairs were invited. During the gathering the fund presented detailed account for 2019 activities – namely, what needs were met within GEL 120 000 contributed by Silknet and other donations made by business sector and individuals.

Co-founder and General Director of the Fund David Mamulaishvili prepared a compete and transparent account on funds’s spendings which in aggregate amounted to GEL 293 600. “Support is so vital for everyone, but even more so, when it comes to wounded warriors. On our part we undertook to contribute GEL 120 000 annually. For the next year we decided to triple this amount and donate GEL 320 000. We are genuinely delighted to see that many private companies as well as individuals joined us. For the provision of the support, fund follows the predetermined criteria. We give wounded warriors and their underage children one time support as well as provide 50% co-financing. The main condition for co-financing is that the beneficiary shall already have half of the requested amount. After that, the fund finances the requestor with the

remaining amount, which is a warrant that the sum will be gathered fully and spent according to the need” – said David Mamulaishvili.

WWSF supports wounded military servants and veterans in collaboration with Department of Social Affairs and Psychological Support of Ministry of Defense and LEPL State Service of Veterans Affairs.

Within the frame of this collaboration, the fund provided support for up to 50 beneficiaries. Number of urgent surgeries, medications, professional skill and qualification courses, rehabilitation courses and surgeries for underage children, adaptation cases (purchase of wheelchair and fixing the ramp) etc.

The main aim of the event was the presentation of annual account. During the course of the gathering donations from private sector, diplomatic corps and individuals were made.

The fund management expresses its gratitude towards those, who stood by the fund last year and supports them now.

WWSF founded by the Silknet has grander plans for the future, fulfillment of which will be possible within the joint efforts made by private and public sector as well as individuals.

The founder of the Fund, Giorgi Ramishvili: “We have lot to learn from the countries that have longer experience in this direction. From the very beginning the embassies were very supportive to us and they still stand by. It is our aim to make this fund valuable for everyone. This shall become the fund of whole country that provides the decent being for our wounded warriors defending the nation”.